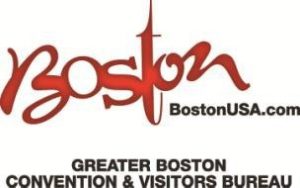 The 55th Head Of The Charles Regatta (HOCR) is expected to generate a significant economic impact – more than $88 million (USD) in spending – to the Greater Boston region, according to analysis from the Greater Boston Convention & Visitors Bureau (GBCVB) and McKinsey & Company.

The 2019 Regatta takes place on October 19-20, 2019. Held annually on the next-to-last weekend in October, the HOCR is the largest two-day regatta in the world, with approximately 11,000 athletes participating from across the globe.  An estimated 225,000 people head to the banks of the Charles River over two days to watch the races.  Nearly 55 percent of those individuals are classified as “visitors” – traveling from 50 miles or more to come to Boston and Cambridge for the Regatta.

“The Head Of The Charles is the premier regatta in the world, and an iconic annual event for our destination.  Our visitor industry looks forward each year to welcoming rowers, spectators and media from around the world to Boston and Cambridge.” said GBCVB President & CEO Martha J. Sheridan.

The 2019 Regatta is a highly anticipated competition with 11,000 athletes representing 2,300 entries from 24 countries around the world. More than 800 schools, universities and organizations will send teams to compete in the 2019 race, and approximately 87 percent of these athletes will come from beyond Greater Boston.

“Over the past fifty-plus years the Head Of The Charles Regatta has grown into one of the world’s most legendary rowing competitions that attracts individuals from across the globe,” said Frederick Schoch, executive director of the Regatta. “It’s gratifying to know that this event, which generates so much passion from competitors and enjoyment from spectators, is also brining significant economic dollars to the Greater Boston region.”

The estimated $88.5 million (USD) spending impact is generated primarily from the direct spend of event attendees – the athletes, coaches, schools and spectators that come to Boston for the Regatta.  While 36 percent of spectators come from within the Greater Boston area, and another 10 percent from within a 50 mile radius of Boston, the remaining attendees – the majority – are visitors; the injection of spending from these people for lodging, transportation, retail and recreation amounts to over $70 million (USD).  Spending from media, sponsors and the event organizer also contribute to the $88 million (USD) overall economic impact.

The Head Of The Charles Regatta hosts a variety of events for local and international rowers. The Regatta engages rowers of diverse experience, including Juniors, Olympians, Para and Masters athletes and has become a signature sporting event in New England. It is free to the public and accessible to view from any bridge or shoreline along the three-mile Charles River course. Since 2013, its lead sponsor has been BNY Mellon, which has played a crucial role in promoting and supporting the iconic race weekend.  Head of the Charles Regatta media sponsors include NBC10 Boston/NECN and the Boston Business Journal. Catch special coverage of the 55th HOCR on NBC 10 Boston’s The Hub Today on Wednesday October 16 and Friday October 18, and on This is New England Sunday, October 20. For more information about the event, visit Head Of The Charles at hocr.org.