This article, written by Linda Melconian, was featured in the Boston Globe on February 21, 2022.

Members respected O’Neill as a leader who kept his word even if they disagreed with his position on issues. Integrity mattered. 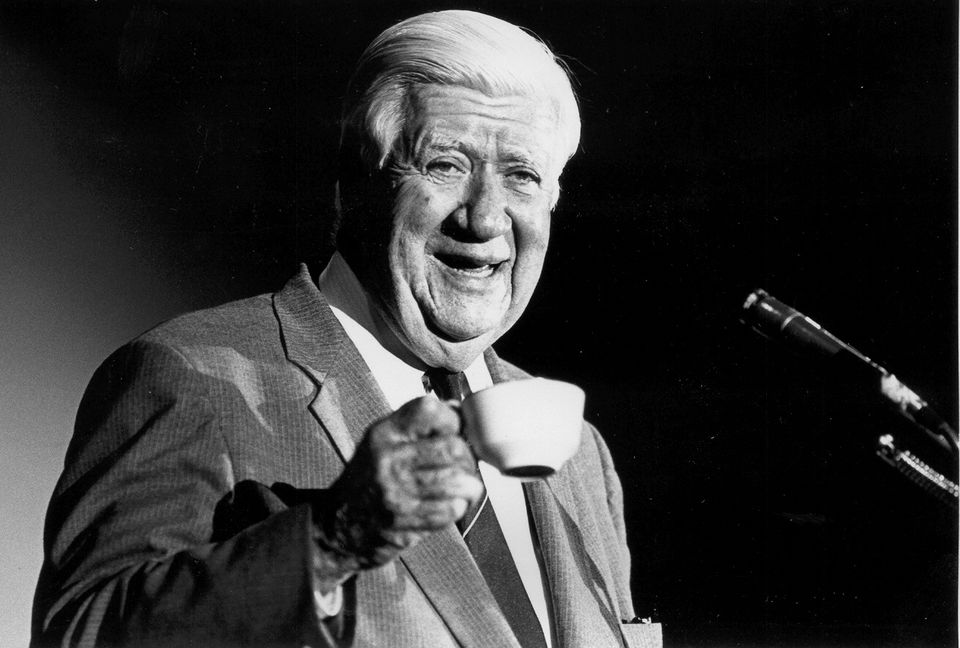 Tip O’Neill, who served in the House of Representatives for 34 years and was speaker of the House from 1977 until his retirement in 1987. SALEM STATE COLLEGE/BOSTON GLOBE

In early 1972, as the unpopular Vietnam War was waging, a battle mounted between the war hawks and peace doves in the US House of Representatives. President Richard Nixon had ramped up the air war, despite promises to deescalate and bring troops home. House members, as well as their constituents, had grown weary of the bloodshed. Tip O’Neill, then House majority whip, seized this moment to lead Democrats in support of a resolution to end the Vietnam War.

O’Neill saw the Vietnam War as unwinnable, even with continued US military presence. We supported a corrupt South Vietnamese regime ostensibly against communism. It was a war never officially declared; its adrift mission blurred into democratic nation-building.

Did we learn from mistakes in Vietnam? Perhaps if we had followed O’Neill’s advice from the Vietnam years, we would have stopped hemorrhaging billions of American tax dollars and losing more than 2,000 American lives in another untenable war as history repeated itself with our involvement in Afghanistan.

O’Neill’s legislative and political leadership was not limited to Vietnam. Before the impeachment investigation of Nixon, majority leader O’Neill seemed clairvoyant. He rightly suspected illegal conduct had occurred in the White House when he told Judiciary Committee chairman Peter Rodino to prepare for the investigation and pushed Speaker Carl Albert to authorize it.

As speaker of the House, O’Neill voiced partisan opposition, not disrespectful obstruction, to many of President Ronald Reagan’s conservative budget cuts because they harmed working men and women. O’Neill, a committed liberal, saw government’s role as a means to improve people’s lives and protect their interests. Reagan saw government as the problem. Despite their ideological differences, O’Neill worked with Reagan and House Republicans to forge a bipartisan compromise that saved Social Security.

A change agent, O’Neill democratized the House, making it more open, accountable. He abolished the automatic seniority system for committee chairmanships, providing access to subcommittees for people of color and women. He created a workable plan to televise House sessions and a far-reaching ethics law for members. He eliminated unrecorded teller voting, requiring members’ presence and their votes recorded individually.

Many colleagues called him the best-liked man in the House. He built a reputation among Democrat and Republican members for fairness, approachability, and trust. Members respected O’Neill as a leader who kept his word even if they disagreed with his position on issues. Integrity mattered.

O’Neill’s House served as a lesson on how its members should work together for the good of the country. Today, House progressives, moderates, and conservatives personally attack those with whom they disagree — even within their own party. Civil discourse has ceased. Members refuse to talk to one another; they talk past each other, not listening to the other side. Blind to the constitutional responsibility of the People’s House — the chamber of democracy — members of both parties act without dignity, failing to reflect what Americans expect from their representatives.

In a different age, House minority leader Robert Michel, on learning of O’Neill’s death, said, of O’Neill’s time as speaker: “Partisanship was put aside, and we could be the best of friends.” O’Neill achieved 75 percent bipartisan cooperation that forged consensus. Compromise was not a dirty word; it was governing.

O’Neill nurtured Washington’s political culture by building relationships and coalitions of support. He could count votes with accuracy, looking members in the eye and directly asking for their vote. If he didn’t get a direct answer, he knew by their body language whether a member was with him or not; he recognized a phony instantly. He had an uncanny ability to negotiate in a room behind closed doors with key opponents, let them vent, argue, and object. Then he would bring them together and ask for their vote, achieving compromise on an issue good for their constituents. His advice always to freshmen members: “Pay attention to voters who sent you here.”

Though he rose to House speaker, the burly, affable, Irish American congressman never forgot his roots in North Cambridge. Two principles guided his actions: Everyone likes to be asked for their vote, and all politics is local. They are the golden rules of political and legislative leadership, as important to the House today as they were in O’Neill’s time.

Linda Melconian is an assistant professor of practice at Suffolk University and a former Massachusetts state Senate majority leader, who served as an assistant counsel to Thomas P. O’Neill Jr. She’s the author of “Lay It on the Table.”