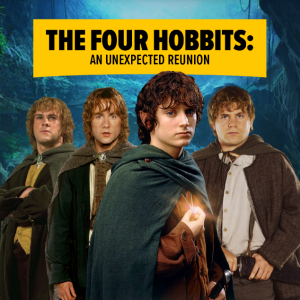 (Boston, MA) – June 15, 2022 – FAN EXPO Boston, the three-day pop culture extravaganza, returns with a spectacular lineup of celebrity guests, voice actors, comic creators, cosplayers and more at the Boston Convention and Exhibition Center (BCEC) August 12-14, 2022. It is THE major pop culture event in Boston where fans can gather to celebrate their favorite comics, mangas, tv shows, movies, and more. This year’s show will include a number of celebrity features, including The Four Hobbits: The Unexpected Reunion of Lord of the Rings stars Billy Boyd (Pippin Took), Dominic Monaghan (Merry Brandybuck), Sean Astin (Samwise Gamgee) and Elijah Wood (Frodo Baggins.) Dr. Who favorites Catherine Tate and David Tennant and Nathan Fillion of Firefly will also be in attendance, along with actors Kevin Smith and Jason Mewes (Jay & Silent Bob) of Clerks who will be on hand for a special fan event.  For comic fans, legendary creator Frank Miller is the subject of a documentary American Genius which will be screened at the show.

“The ultimate fan experience is back in Boston! We are thrilled to present a star-studded show that celebrates pop culture and fandom,”  said Andrew Moyes, Vice President of FAN EXPO. “For three days, we are rolling out the red carpet to give our guests a one-of-a-kind interactive experience that includes celebrity Q and As, cosplay, anime, gaming, comic creators and more.”

Celebrity Q&A panels, workshops and seminars including sketch duels and comic creator spotlights are all part of the ultimate fan experience in addition to celebrity photo ops, autograph signings and Artist Alley where guests can meet their favorite comic creators.  Visitors will find comics, manga, graphic novels, limited edition prints and best of all, original art and sketches from the artists. For shoppers, retailers specializing in all types of comics, manga, anime, gaming, science fiction and horror will be selling their hard-to-find wares. For gamers, there will be live, interactive gaming going on throughout the weekend at a designated area on the show floor.  For upcoming announcements and programming information visit www.fanexpoboston.com

More than 1,000 exhibitors from all over join FAN EXPO Boston to make each fan experience an unforgettable one. Retailers specialize in everything pop culture – comics, nostalgia, anime, gaming, fantasy, science fiction, horror and more. Whether it’s comic books; original artwork; graphic novels; memorabilia; or novelty items such as games, toys, or t-shirts, there’s no shortage of represented fandoms at FAN EXPO Boston.

Cosplayers are invited to enter the Masters of Cosplay Grand Prix Bay State Qualifier competition where the winner of Best in Show will receive a free trip to Fan Expo Canada August 25-28, to compete against Cosplay winners of other Fan Expo shows.  Contestants are required to register online by June 25, 2022, to be considered for the competition. For cosplayers who just want to strut their stuff, they can walk the Red Carpet anytime during the show and every participant will get a free photo taken by the official Cosplay Red Carpet photographer.

Stay where you play! FAN EXPO Boston guests have access to special hotel rates at lodging within walking distance of the BCEC. Info on special rates and participating hotels can be found at this link.

Fan Expo show hours: Friday, August 12, from 4:00 to 9:00pm, Saturday, August 13, from 10:00am to 7:00pm and Sunday, August 14, from 10:00am to 5:00pm. The tickets start at $37 and are now on sale for FAN EXPO Boston. There are multiple options for ticket packages including single day pass, family pass, child pass, premium pass, and VIP package. To learn more about the different packages or to purchase tickets visit www.fanexpoboston.com/en/tickets/admission.