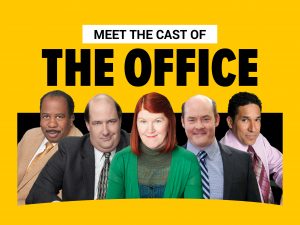 (Boston, MA) – July 15, 2021 – FAN EXPO Boston is returning to the Seaport with a spectacular three-day show at the Boston Convention and Exhibition Center (BCEC) on September 3 – 5, 2021. An exciting lineup of celebrity guests is sure to attract local fans to the major pop culture event in Boston this year.  Celebrities include Brendan Fraser, star of The Mummy and Doom Patrol, the cast of the hit television series The Office, Chandler Riggs of The Walking Dead, Ryan Hurst and Mark Boone Jr. of Sons of Anarchy, Star Trek legend Walter Koenig, Ron Perlman of Hellboy, John Barrowman of Arrow and James Marsters of Buffy the Vampire Slayer, Patrick Warburton of The Tick and more.

“We are thrilled to be coming back together at FAN EXPO Boston to celebrate all things pop culture,” said Andrew Moyes, Vice President of FAN EXPO. We plan to thrill fans with an array of celebrity guests, iconic comic creators, cosplay events, fan meetups and more. The show, on Labor Day Weekend, will be an exciting place to be for thousands of college students and other pop culture fans returning to Boston.”

Fans will be able to participate in Celebrity Q&A panels, workshops and seminars including sketch duels and comic creator spotlights. For upcoming announcements and programming information visit www.fanexpoboston.com

The show will feature celebrity photo ops and autograph signings and Artist Alley where guests can meet their favorite comic creators.  Here visitors will find comics, graphic novels, limited edition prints and best of all, original art and sketches from the artists. For shoppers, retailers specializing in all types of comics, anime, gaming, science fiction and horror will be selling their hard- to-find wares.

Creativity will be on display as a new cosplay competition will take place at the show and open to all guests.  The FAN EXPO Boston Cosplay Craftmanship Cup is where cosplayers will be judged in three divisions, Novice, Journeyman and Masters. Contestants are required to register online prior to the show to be considered for the competition. For cosplayers who just want to strut their stuff, they can walk the Red Carpet anytime during the show and every participant will get a free photo taken by the official Cosplay Red Carpet photographer.

FAN EXPO Boston has connected local fans throughout the pandemic with virtual events through a special Fan Meetups program that will continue.  The events include movie discussions, trivia and cosplay hangouts.  For a schedule of upcoming Fan Meetup events visit: https://meetups.fanexpohq.com/boston/

Stay where you play! FAN EXPO Boston guests have access to special hotel rates at lodging within walking distance of the BCEC.  Hotel info in this link.

Show hours include Friday, September 3, from 4:00 to 9:00pm, Saturday, September 4, from 10:00am to 7:00pm and Sunday, September 5, from 10:00am to 5:00pm. The tickets are now on sale for FAN EXPO Boston. There are multiple options for ticket packages including single day pass, family pass, child pass, premium pass, and VIP package. To learn more about the different packages or to purchase tickets visit www.fanexpoboston.com/en/tickets/admission.