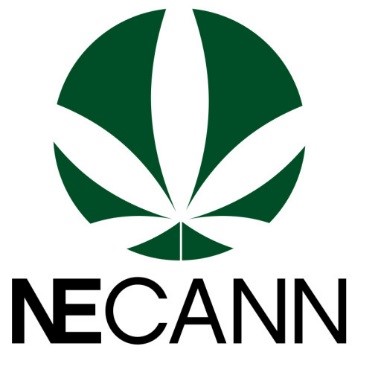 In October 2019 Tatupu founded the CBD company Zone In following an NFL career that spanned six seasons and was cut short by injury.

“Rehabilitation from injury, enhanced recovery from training, and promoting overall wellness are some of the primary drivers behind the explosive growth and adoption of CBD and other cannabis products across the U.S.,” said Marc Shepard, co-founder and President of NECANN.  “We’re incredibly excited to have an athlete the caliber of Lofa Tatupu headlining what has become the Northeast’s annual meeting of the cannabis industry.”

Tatupu attended high school in Massachusetts – compiling a standout scholastic football career at King Philip Regional High School in Wrentham. His father, and high school coach, was the late Mosi Tatupu – a former New England Patriots running back and special teams player and beloved New England sports figure. Lofa followed in his father’s footsteps by attending and playing football at USC. He was drafted by the Seattle Seahawks in 2005.

“After a lengthy football career, my chronic pain, lethargy, and mental fogginess took over.  I was unfocused and unmotivated.  I wanted to find something that could help these issues I was facing. This led me to trying CBD,” said Tatupu.  “Just one week after my first dose my head was clear, pain was alleviated, and my mind and body felt connected. My old self was back. This is when I realized the transformative power of CBD. This is how the idea for ZoneIn was born.”

Joining Tatupu as second keynote will be Zone In Ambassador and fellow NFL alumnus Stedman Bailey – a one-time Los Angeles Rams receiver whose career was cut short by a violent 2015 attack in which he was shot twice in the head. Following a miraculous recovery, Bailey also began using CBD as part of his treatment regimen for seizures, anxiety and post-traumatic stress.

Over 300 vendors and more than 10,000 attendees are expected to attend the three-day NECANN Boston convention, one of the largest and most influential events of its kind in America. Other highlights include a panel discussion featuring Cannabis Control Commissioner Shaleen Title regarding the industry’s shared responsibilities surrounding social equity, an environmental sustainability panel, and two days of medical marijuana-related programming for patients and healthcare providers. NECANN Boston 2020 will be the largest NECANN event ever, and comes on the heels of the first full year of adult-use recreational cannabis stores being open in Massachusetts.

The 2020 NECANN Boston show will also feature three major initiatives recognizing excellence in cannabis product development and innovation, diversity and inclusion, and significant contributions by individuals and organizations that have done great things for the New England cannabis community and industry.

The 2nd Annual NE Cannabis Community Awards ceremony will take place on Friday evening March 20 from 7 p.m. – 9 p.m. at the Hynes Convention Center. The Cannabis Community Awards is not a competition, but rather a platform to spotlight and celebrate members of the local community who have done exceptional work in the cannabis space. Final ballots are available now for voting. Tickets to the event are $30.

On Saturday evening, March 21, the Convention will host a supplier diversity event organized by Minorities 4 Medical Marijuana and ELEVATE Northeast. This action-oriented networking event is designed to connect minority-owned suppliers and vendors with cannabis business operators in Massachusetts as a means of increasing the number of awarded contracts going to minority businesses.

And finally, the first-ever NECANN Competition will present awards for the top product developments and innovations in cannabis flower, edibles, concentrates and topicals across nine categories – as well as ancillary non-cannabis products and equipment. Entries are being accepted through March 1, 2020. Winners in all categories will be recognized Sunday, March 22 in the Hynes Expo Hall.

“We believe the NECANN Competition awards will become one of the most significant cannabis industry honors that product developers and retailers can earn,” said Shepard. “It’s incredibly exciting to debut this event as we also mark the second year of the NE Cannabis Community Awards. The annual meeting of the cannabis industry is the ideal setting to recognize the very best in cannabis product developments, as well as the most dedicated advocates, supporters and promoters of the cannabis community and industry.”

Attendees at NECANN can network with more than 300 local and national cannabis industry businesses, talk with doctors and health care providers, explore investment & career opportunities, connect with advocacy groups, see the latest developments in lighting, soil, and growing equipment, and purchase a wide variety of accessories. Every facet of the cannabis industry is represented at NECANN Boston 2020. A full list of exhibitors is available at NECANN.com.

Since 2014 NECANN has been creating resource hubs for the rapidly expanding Cannabis industry. Events where businesses, entrepreneurs, investors, educators, patients, advocates, and consumers can connect, learn, and grow. We feel that individually created conventions focused on each local market’s needs and opportunities are a superior alternative to the generic national canna-convention franchises found everywhere. NECANN takes a collaborative approach to each of our conventions that has resulted in consistently high ROI for exhibitors, sponsors, attendees, and the local cannabis market as a whole. Registration for NECANN events is available online at www.necann.com.  A limited amount of tickets will also be sold on-site on the days of the shows.  The full programming schedule is available at www.necann.com/programming.