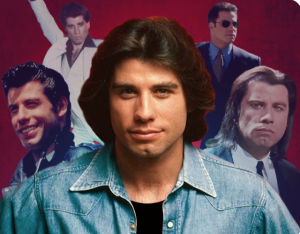 (Boston, MA) – July 24, 2019 – FAN EXPO Boston announced today that award-winning actor John Travolta will stop by the show while on promotional tour for his new film THE FANATIC! He will be bringing an exclusive sneak preview before its release in theaters on August 30th.  The sneak preview will be held at FAN EXPO Boston on Saturday evening, August 17th and Travolta will appear at the show on Sunday, August 18th. The film is about a rabid film fan, played by Travolta, who is obsessed with his favorite action hero. FAN EXPO Boston also announced that legendary comic creator Todd McFarlane, co-founder of Image Comics, creator of Spawn, and superstar Spider-Man artist has also been confirmed to appear at the show.

“We are beyond excited to welcome John Travolta to FAN EXPO Boston,” said Andrew Moyes, FAN EXPO Boston Vice President. “Fans will get a chance to see a sneak preview of his new film THE FANATIC and also meet the famous actor at the show. We are also thrilled to welcome Todd McFarlane in a rare appearance, his time coming to FAN EXPO Boston. Spawn fans will be delighted to see the legendary comic creator in the flesh.”

Travolta’s long career includes Grease, Saturday Night Fever, Pulp Fiction, Boston-filmed A Civil Action, and voice work in the 2008 animated film Bolt. He joins other celebrity guests from hit movies and television shows including Zachary Levi from the hit DC movie Shazam!; the cast of Boy Meets World, including William Daniels; Peter Capaldi of Doctor Who, in his first east coast appearance; Sean Young, Rutger Hauer and Edward James Olmos of Blade Runner; Stephen Amell of Arrow; Corey Feldman of The Lost Boys, The Goonies and Stand By Me; Sean Astin of The Goonies,  Lord of the Rings, and Netflix’s Stranger Things; and Ke Huy Quan of The Goonies and Indiana Jones.

Tickets start at $35 and are available to be shipped to fans in the U.S. Celebrity photo ops, autograph sessions, workshops, and panel discussions will be available throughout the weekend. For more information about these and other special attractions visit www.fanexpoboston.com/en/attractions/general-attractions.html.

For those interested in meeting the rising stars in the comic industry and those who work the front lines, they will once again have that opportunity in Artist Alley. Here visitors will find comics, graphic novels, limited edition prints and best of all, original art and sketches from your favorite artists.