“So, You Want to be in Pictures? How to Make it in the Mass. Film Industry”

Panel of Film Industry Leaders in Mass. to Give the Inside Scoop at Fan Expo Boston 2022 on Film Lover Friday, August 12, 2022 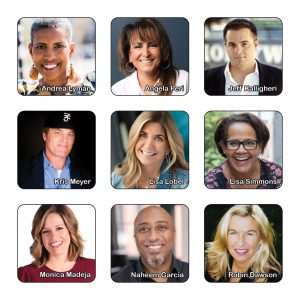 (Boston, MA) – July 25, 2022 –Calling all aspiring actors and film lovers!  FAN EXPO Boston, the three-day pop-culture extravaganza, will feature Mass. Film Industry leaders on a panel, “So You Want to be in Pictures? How to Make it in the Mass. Film Industry,” on Friday, August 12, 2022, at 6pm, at the Boston Convention and Exhibition Center (BCEC). Fan Expo attendees will learn firsthand about how to break into the film industry in Massachusetts which continues to be a hotbed of activity for making movies.

The panel includes casting directors, producers, actors and film festival directors who will share their expertise and tell stories about what it is like to make films in Massachusetts. Panelists have worked on Mass.-made films including Academy award-winner CODA, the upcoming Whitney Houston biopic I Wanna Dance with Somebody, Knives Out, Equalizer 2, Patriots Day, Fever Pitch, Stronger, The Fighter, Free Guy, Daddy’s Home, and more.

Monica Madeja, Reporter at Anchor at NBC 10 Boston and necn, will moderate the panel discussion.

The panel is free for Fan Expo attendees. Fans who have Friday tickets are welcome to participate.

The Film Industry panel is part of Fan Expo Film Lover Friday on August 12, which features a special after-hours event at 9pm with actor Greg Sestero and a screening of the cult classic film The Room, where he played the character Mark. Sestero is also the author of his memoir, the book The Disaster Artist: My Life Inside The Room, the Greatest Bad Movie Ever Made, which was adapted into a Golden-Globe winning film by Warner Bros and A24. Sestero will also meet and greet fans after the screening.