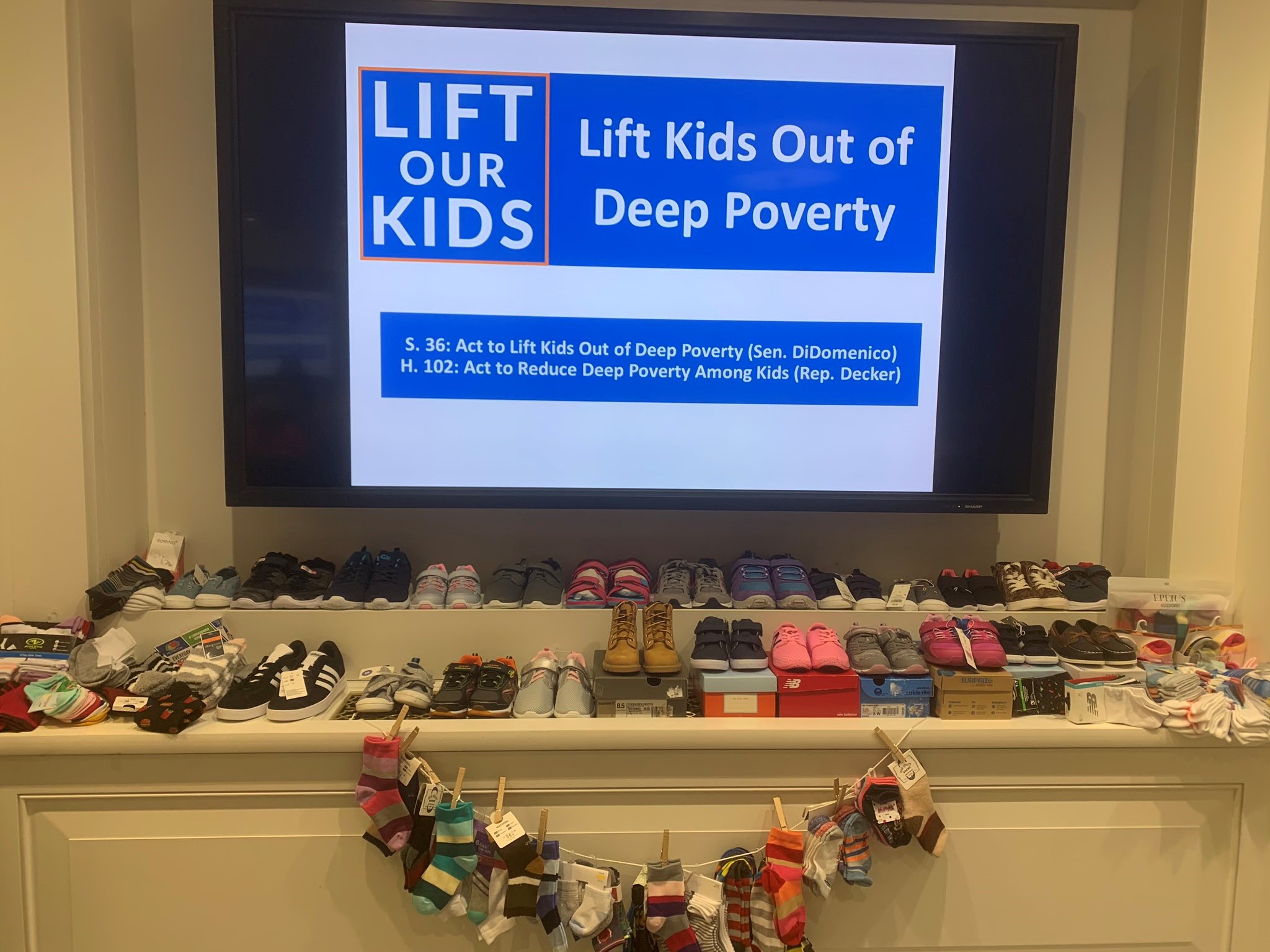 On February 4th, The Lift Our Kids Coalition joined legislators at the State House for an event to highlight the difficulty families receiving cash assistance face in meeting their children’s basic needs. As part of the event, shoes and socks were collected to benefit children in need. After the event, coalition members The Home for Little Wanderers and Cradles to Crayons donated the 215 pairs of children’s shoes and 2,400 pairs of socks to children and families they serve.

The Coalition advocates for state legislation to Lift Kids Out of Deep Poverty, S.36 and H.102, sponsored by Senator Sal DiDomenico and Representative Marjorie Decker. The bills would raise cash assistance grants by 10% a year until they reach 50% of the federal poverty level approximately four years from now.  Families living below 50% of the poverty level are considered to be in Deep Poverty.  Under the bills, once grant amounts reach half the poverty level, the grant would be adjusted as the poverty level goes up with inflation and would no longer lose their value over time.

Massachusetts Transitional Aid to Families with Dependent Children (TAFDC) benefits are a maximum of $593 a month for a family of three, leaving thousands of Massachusetts children below the level of Deep Poverty, currently $905 a month for three.  Costs have gone up, but grant levels have been frozen.  As a result, the grant buys only half as much as it did thirty years ago.

The Lift Our Kids Coalition, comprised of 127 organizations, is led by Massachusetts Law Reform Institute (MLRI) and Greater Boston Legal Services (GBLS). The Coalition organized in late 2016 to advocate for repeal of the welfare family cap, the law that barred benefits for children conceived while the family received assistance.

The Legislature repealed the family cap in 2019 by an almost unanimous vote. About 11,000 previously excluded children are now receiving benefits, but the benefits are so low that families still struggle to pay for necessities like children’s shoes and socks.