Three Questions with Peter Goelz: SVP and former Managing Director of the National Transportation Safety Board 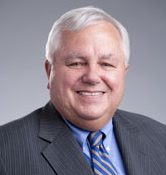 Tell us a little about the NTSB and the work you did there.

The National Transportation Safety Board (NTSB) is one of the most unique and high profile agencies in the federal government. As a fully-independent agency with authority to investigate all modes of transportation accidents, the NTSB is respected for its objectivity and ability to operate conflict-free. As the former managing director of the NTSB, I had the privilege of working with the Board, accident investigators, other federal agency officials and Congressional oversight members as I handled the day-to-day operation of the agency and served as chief policy advisor to the chairman. I’m most proud of the work we did to create and implement the agency’s duties to families of victims killed in major transportation accidents. That work, known as the Family Assistance Act, was passed by Congress in 1996 following the TWA Flight 800 explosion.

What type of incidents does the NTSB cover and what does the process look like?

The NTSB has had a busy few months. Last week alone, they issued final reports and probable cause reports for gas pipeline explosions in Merrimack Valley that killed one and damaged over 130 homes in September, a deadly bus accident in Texas, and a helicopter crash in Alaska.  These instances underscore the breadth of investigative responsibility the approximately 425 person agency has across the country. When a transportation accident occurs, no matter what the mode or where it happens, the NTSB can send a team of investigators, scientists, and family assistance specialists to the scene. These professionals conduct complex examinations under a unique investigative process that utilizes the expertise of those involved in the accident to develop a factual record of what happened. Known as the NTSB Party Process because it requires involvement from key players associated with the accident, the investigation segregates the determination of probable cause and liability. It’s a demanding process for all parties involved. For organizations not accustomed to the NTSB investigation protocol, choosing who to serve on the various investigative groups is one of the most delicate decisions a company can make. Once the factual record is established the NTSB alone analyzes the reams of data, the witness statements, and the results of scientific examination to come up with findings and a probable cause. Their most important product is the recommendation to insure that these accidents don’t happen again.

Often my first actions to assist a client with an NTSB investigation is to establish an atmosphere of good faith in what is a very tense and trying period. The NTSB wants nothing more than to find the cause of the accident so that it does not happen again. Parties to the accident must accept that certainty from the start as the NTSB will leave no stone unturned until they can determine the final cause. Even as the accident’s immediate aftermath is unfolding, the parties involved must exercise compassion to the victims. I turn to the NTSB’s Family Assistance protocols as the template for companies to follow. As the investigation progresses, parties should be proactive as new safety measures are identified. In some cases, I help a company conduct a “safety stand-down” as an appropriate first step in its response. Being proactive and responsible is a key step in protecting the company brand during the crisis. Finally, my role is to insist on close coordination of investigative activities to minimize duplication and overlap.

The NTSB helps ensure a safe and reliable transportation system nationwide. How can companies in that sector prepare themselves for the rigors of a NTSB investigation?

In a time of great cynicism towards the federal government, the NTSB retains a high degree of trust of the American people and of Congress. When the NTSB steps forward to conduct an investigation, people know it will be done methodically, fairly, and with a high degree of transparency. People trust the NTSB because they know they have but one goal—the safety of the American people.

At O’Neill and Associates, I am often engaged to assist clients with the NTSB after a crisis has occurred. NTSB investigations can take years to complete. We help clients to interpret the complex rules, make sure they participate in the process fully, and monitor the tone of the investigation so all are treated fairly. But companies can do a lot before a crisis ever occurs. Anyone doing business in areas within the investigatory purview of the NTSB should review their crisis plans annually and make sure they take into account NTSB rules and guidelines. I can help audit that plan and evaluate your readiness to meet the rigorous requirements of the NTSB. Accidents such as those currently in the news are powerful reminders that those initial hours of public scrutiny are critical.