What do the Egg Wars and Fidel Castro Have in Common? Learn More in David Radlo’s New Book – Secret Stories of Leadership, Growth and Innovation 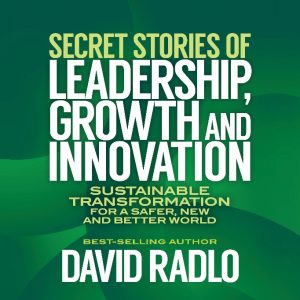 Boston) Nov. 1, 2021 – David Radlo, a successful 3X entrepreneur and former founding partner of what is now a multi-billion-dollar food industry, has released a new book, Secret Stories of Leadership, Growth, and Innovation–Sustainable Transformation for a Safer, New and Better World. The books are a blueprint for any current or aspiring business leader on how to both disrupt commercial and political cartels and market leadership as well as support for existing market leadership to create further value and effectively deal with disruption.   Throughout the book, Radlo draws upon his extensive leadership experience as a CEO, negotiator and partner that at times defied expectations. He currently hosts the ForbesBooks radio podcast Sustainable Leadership and Disruptive Growth, and serves as a board member, growth and exit advisor to businesses and non-profits as well as being a private equity operating partner.

“This book illuminates the principles of cartel disruption using real-world content to help leaders transform their industries and create a better and more sustainable future,” said Radlo.  “There is no greater opportunity to lead and transform than right here at home.”

Radlo’s unique perspective and experience in handling difficult issues is exemplified in chapters six and seven, which chronicle the “egg wars,” the fight between animal rights groups and the agriculture industry and the birth of the “cage free nation” of egg production and sustainable alternative protein.  Radlo, a pioneer in the food industry has worked for years with industry partners to provide consumers healthier and more humane alternatives.

Radlo also provides an inside look at the impending threat to the egg supply in Massachusetts caused by a ballot referendum that will prohibit the sale of any eggs in the state that are not produced by hens that have at least 1.5 square feet of living space effective January 1, 2022.  Radlo explains the way that this issue has played out is the result of pettiness, deep-seated mistrust and an unwillingness to compromise under any circumstances.

“Massachusetts and New England used to be immune to this sort of stuff because of our history of town meetings where people talked to each other to achieve shared goals by compromising to achieve consensus.  If this situation isn’t addressed, Massachusetts consumers will be faced to travel to neighboring states to do their food shopping which will severely harm retailers.  Massachusetts produces less than approximately one percent of eggs sold in this state and those will generally command $8-$10 per dozen –  if you can find them and afford them.  For 99 percent of the consumers in this state, it will mean massive disruption,” said Radlo.

Radlo was recently quoted in a Statehouse News Service article on the issue, “What you’re going to see if it doesn’t change is that you’ll be in a situation, especially the border towns, where everyone will shop in New Hampshire, Vermont, New York, Connecticut and Rhode Island, and they won’t just buy their eggs there, they’ll buy their whole cart.” Radlo is the former CEO and owner of Radlo Foods and past president of the New England Brown Egg Council.

Radlo opens the door for readers to see what it was like to do business with Castro while sharing never before revealed details of back-channel diplomacy with the U.S. government that effectuated the release of U.S. dissidents imprisoned in Cuba.   “Enough time has passed, so it is appropriate to share these inside stories and allow future leaders the opportunity to know that you can do a lot of good out there wherever you are and whatever you do,” said Radlo.

Secret Stories of Leadership, Growth, and Innovation follows his previous book, The Principles of Cartel Disruption, which included 11 principles of leadership, growth and innovation.

In Radlo’s new book, he adds a 12th principle, Understand the Cartel’s Leadership Rules.  This principle will help anyone who needs guidance in negotiating with a cartel or market leader whose mission is to maintain control and order at all costs.  Radlo considers the 12th principle the key to being able to break through a cartel whether you are a disruptor yourself, a sustainable leader, a dominant market leader or even a cartel leader.

“The twelfth principle outlines the basic tenets of what you need to do to beat or compete with a cartel or market leadership and how a cartel or market leadership can effectively grow and deal with disrupting competition.   This has never been revealed before. It’s like running an offense in sport and expecting the defense to sit still.  If you are not lucky and they stay asleep, large competitors will fight with a disproportionate share of resources when they see a threat as well as quietly disrupt themselves,” said Radlo.

Secret Stories of Leadership, Growth, and Innovation will be available on November 15 through Amazon.com, BarnesandNoble.com or wherever you get your books.  For more information, please go to DavidRadlo.com. 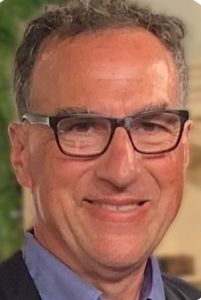 David Radlo is an internationally recognized expert in sustainable leadership, innovation, and growth. He is an accomplished CEO, Outside Director, Operating Partner, Trusted Advisor, Growth and Exit Coach, International Fortune 500 Speaker, and ForbeBooks Radio Podcaster of “Sustainable Leadership & Disruptive Growth.” Secret Stories of Leadership, Growth, and Innovation is his second book and a follow-up to his best-selling book “Principles of Cartel Disruption.” His accomplishments in his 28 years as a CEO of Radlo Foods include delivering a six-fold EBITDA increase and a 30-fold increase in EV and is a 3X Entrepreneur. He is presently a Partner with RB-Achievemost. David is experienced in the U.S. and globally and works with private equity, venture firms, private, public, family and college entities. www.davidradlo.com